The Rest of Thursday

I need a Hemi. Nothing gives you a sense of owning the road like passing long lines of cars and tractor trailers with just a quick press of the gas. 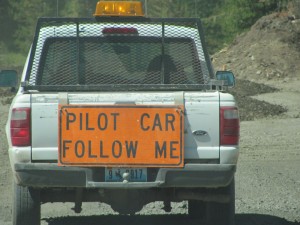 Yet, there’s always a balance.  Racing up 287 north of Dubois a roadcrew brought us to an abrupt stop. After about twenty minutes, a  yellow bubble- lighted pilot car guided us over  Togwotee Pass.

Three things I would have made the trip just to see: 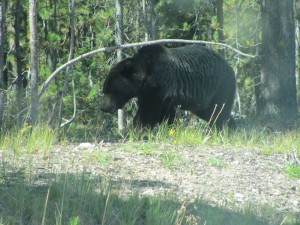 Yep, he was right on the side of the road, causing a traffic jam while studiously ignoring his audience. 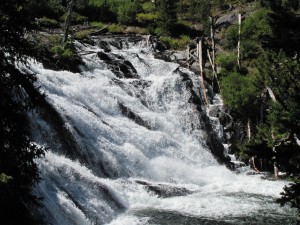 I took pictures, but what I really wanted was audio that could capture the depth of every drop’s resonance, the microcosom adding up to the macrocosom of the falls roar.

I love walking on the fine edge between beauty and catastrophe: raw natural force and the vault of  magma beneath our feet, burbling the basin’s rainbow pools with boiling clarity. I fight the compulsion to reach in, risk the pain, just to touch the watery beat of the caldera’s heart. 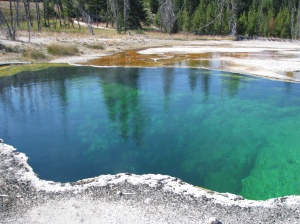 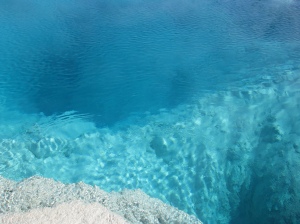 It’s now Friday morning, the first time I’ve had signal, and we’re on our way to Mammoth’s travertine terraces, and my inner rock-nerd is very happy. We’re still 24 hours away from the real reason for this trip: Angus Mohr.