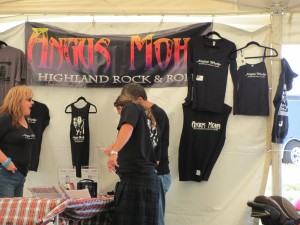 The band handled a technical glitch at Saturday’s  12:45 show with banter and charm while the intimate and enthusiastic crowd cheered them on.   Eighty degrees and a light breeze kept the atmosphere light and lovely under the Glasgow tent. 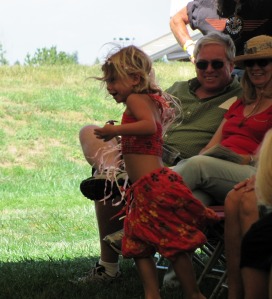 Angus Mohr’s first set delivered with favorites  like “Debt to the Devil,” and “A Hard Rain’s A-Gonna Fall,”  Yet, it also tantalized with the absence of songs like  “Whisky in the Jar,” “Devil’s Dance Floor,” and   “Drunken Sailor,”  that we knew were coming with the second show. 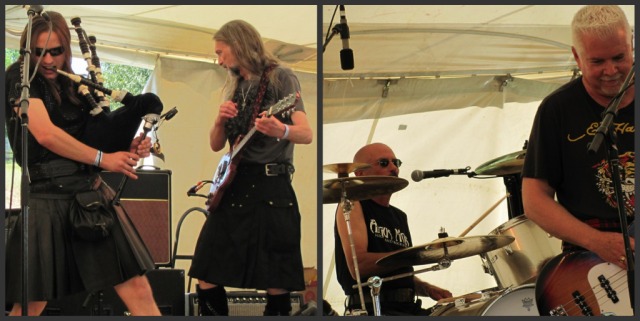 Talking to Byrd afterward, he alluded to a surprise. “Tonight, we’re playing something new. Something you haven’t heard. Something no one’s heard us play.” 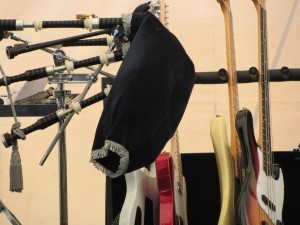 Standing in a line, just before the 6:30 show, a woman, noticing my t-shirt, asked, “Have you seen them?”

“This will be my first time,” she said, “My friend says we can’t miss Angus Mohr.” 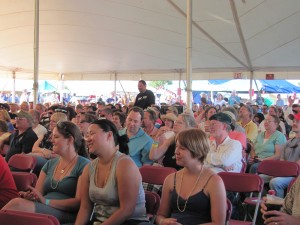 I didn’t notice her back at the Glasgow tent, but that’s because it was full of everyone else and their friends, all of whom were ready to have a good time.

And we did. Feasting on the songs denied us earlier, the crowd showed its appreciation by sending a steady stream of libations up to the band. 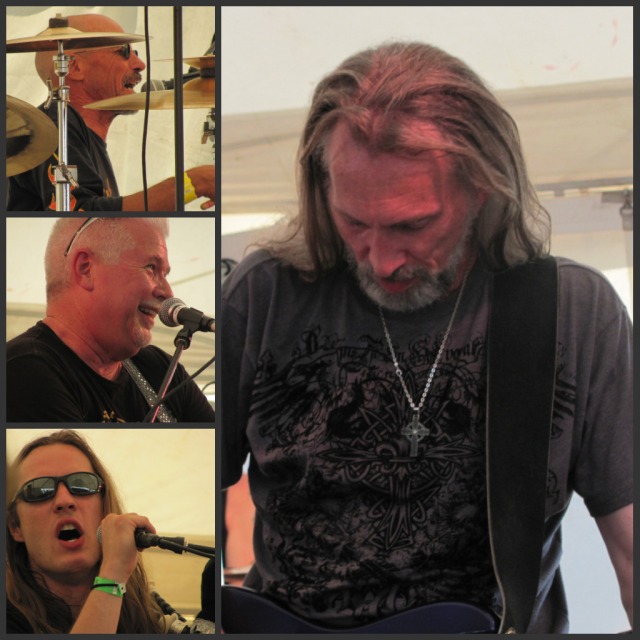 Which brings us to the new song.

Paul introduced “When Johnny Comes Marching Home” as an American song, and it is, penned by Patrick Gilmore during the Civil War, and set to the tune of the Irish ballad, “Johnny I hardly Knew Ye.” It’s a song of fragile hope born out of bloody division. Used for both patriotic and protest propaganda, it inspired the title for Dalton Trumbo’s, Johnny Got His Gun. I’ve heard the song a thousand times, a hundred different ways, and I’m pretty sure we sang it in seventh grade choir.

However, no prior experience prepared me for Angus Mohr’s blistering interpretation.

I’ll tell you up front that I don’t have the words. If pale concepts and diminished abstractions were enough, then we wouldn’t need music to suspend us across the chasm of our isolation, uniting us with Aristotle’s secret cause, before releasing us into a cathartic freefall. 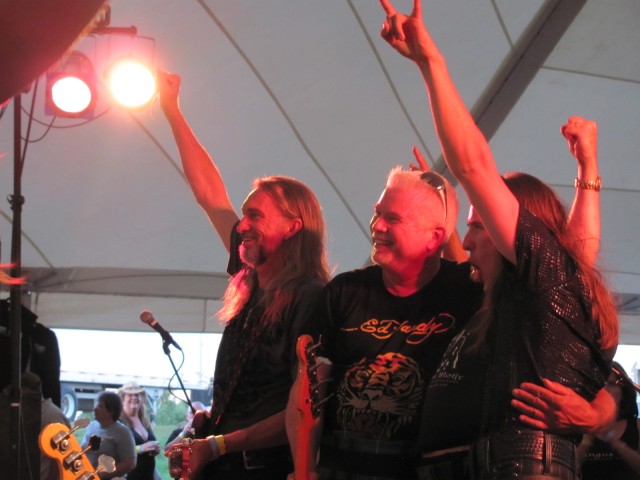 That’s not hyperbole. When they played it Sunday afternoon to a smaller, soberer, audience, it provoked the same visceral response.

You have to hear this song. 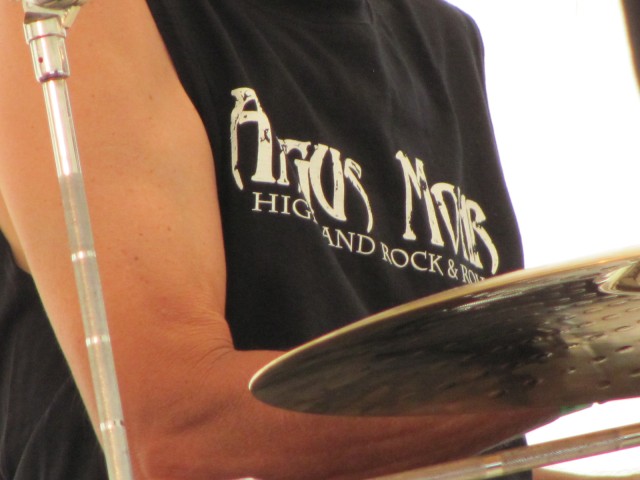 Don’t worry, you’ll get your chance. Even if you’re not up for the trek to Bitterroot next week , Lonigan’s is just around the corner  on September 10th and 11th, and though I haven’t asked, I imagine “Johnny” is a likely candidate for the new CD.

Check in Saturday for the first of the four band member interviews, and the Bitterroot roadtrip posts start next Thursday morning.

1 Response to Something New